Road Rage and a trick of the light

Posted by photodivauk on February 11, 2014
Posted in: Uncategorized. Leave a comment

There is something about Monday nights that seems to bring out the worst in drivers.  It always seems that when I have somewhere to be on a Monday evening, I am thwarted at every turn. Last night was no different. I had a camera club judging to go to in Northfleet, a 12 minute journey under ‘normal’ conditions. 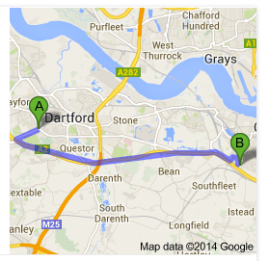 But being a Monday night ‘normal’ didn’t apply. I left home at 7pm for a 7.30pm start. Plenty of time, I thought. Wrong. Immediately I came down the slip road onto the A2 the red brake lights were glowing ahead of me. So I crawled down towards the tunnel turn-off and saw the A2 carriageway was at a standstill. I thought I’d go around the back roads, not unaware that I wouldn’t be the only person with this in mind. Seemed like the rest of humanity had the same thought. At Stone, some muppet had crunched their car at the traffic lights, so it took an age, crawling inch by inch to join the jam on the road towards Northfleet. I thought I’d never get out of the junction and be trapped there forever!  It wasn’t until I eventually passed Ebbsfleet’s football ground that the traffic thinned. This was a whole HOUR AND A HALF from the time I left home. Twelve minutes seemed a fantasy. Instead of half past seven, I got to my destination at half past eight.

All of this nightmare caused by a jack-knifed lorry and a van. Typical. I should be fatalistic and not make arrangements for Monday nights in future. I googled the event and found a half decent snap of the culprits online. Since it is on one of those ‘media’ sites I chose not to publish their site or download the pic. Google it yourself if you are interested.

And, after another night and following morning of wind and rain, the match against Grimsby scheduled for Tuesday has had to be postponed once more. Feeling glum, not least because on Tuesday afternoon the sun is shining and it looks glorious outside. Just a trick of the light.

The weather provides yet more misery. Tonight there is news of a large 15 foot sinkhole appearing in the central reservation of the M2 motorway near Sittingbourne. Experts are looking into it. Mercifully the sinkhole is not affecting the carriageway so far although the motorway has been closed to traffic and drivers to and from Dover urged to use the M20.